What is Reliability Prediction?

Home » What is Reliability Prediction?

What is Reliability Prediction?

What are Reliability Predictions?

Reliability engineering has roots from long ago, but the 1950s saw key work being done throughout military and commercial groups, including the Department of Defense, NASA, and other industries. Looking back at the history of reliability engineering, the decade of 1960’s was key in the evolution of the field. Along with other notable events, the initial release of MIL-HDBK-217 occurred. This standard remains as one of the most widely used and accepted reliability prediction standards in use today. There are number of additional reliability prediction standards currently used, including Telcordia (formerly Bellcore), 217Plus, and China’s GJB/z 299.

The basis of reliability prediction standards is statistical analysis of a wide range of component data gathered in the field over a long time period. This data is then analyzed to develop a series of equations that can be used to model the underlying failure characteristics of devices. The equations developed include a number of variables that affect reliability, such as operating environments, temperatures, quality levels, and stress factors.

To delve more deeply into the details of reliability prediction standards, it is helpful to look at an equation for a specific component type. For example, the equation for modeling the failure rate of Microcircuits, Gate/Logic Array and Microprocessors from the widely used MIL-HDBK-217 standard is:

where λp is the failure rate in failures/million hours (or failures/1,000,000 hours, or FPMH)

The factors in the equation are various operating, rated, temperature, and environmental conditions of the device in the system. For the above equation, the following list describes the variables:

The equations, the variables, and the data parameters needed vary across device types. Also, the failure rate models differ across the various standards.

So, for example if one of my components is a hermetically sealed, quad 2-input NAND gate with 14 pins, has been in field use for many years, is operating in a typical “ground” environment at 30 degrees C, and is procured at commercial level quality, I can evaluate its failure rate using the example above. Using the MIL-HDBK-217 standard, I evaluate the contributing elements, referred to as pi factors:

What is the Bathtub Curve?

To understand some of the foundation behind the reliability predictions standards, a discussion of the bathtub curve is helpful.

The bathtub curve is a graphical representation of failure characteristics of components over their lifetime. The name is derived from the shape of the curve, which looks like a bathtub when shown plotted on a time axis:

The first section indicates early failures, or infant mortality failures – those failures that occur during product release or introduction.

The center section indicates the longest time frame – during the useful life phase of the product. In this time frame, product failures tend to be random, and occur at more or less a constant rate.

The final section indicates the end of the product lifecycle – when wear out failures occur.

What is Reliability Prediction software?

Why are Reliability Predictions done?

Reliability Predictions can be done at any phase of the product lifecycle, but are most commonly used during the product design stage. During this time, it is helpful to use reliability predictions to evaluate your proposed design for reliability concerns. If reliability issues can be addressed early on, and especially prior to manufacturing, the cost savings are significant.

Reliability Predictions can be used at any other point in the product lifecycle: during prototyping, testing, manufacturing, and deployment. Essentially, any time when you would like a more in-depth review of the reliability of your product, reliability predictions are a useful tool for that purpose.

By using reliability predictions as part of your overall reliability program, you can proactively address reliability issues. This enables you to ensure your products meet your reliability and quality requirements, and keep your continual improvement goals at the forefront of your organization. 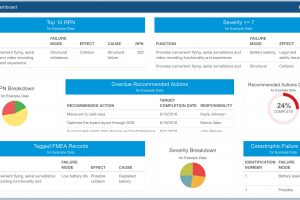 Relyence Corporation has just released the latest version of the[...] 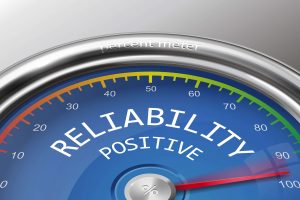 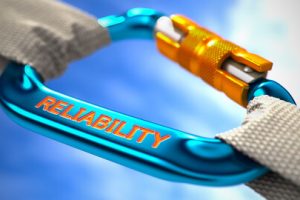