Reliability Prediction’s historical roots are in the military and defense sector, but over the years have been adapted and broadened for use in a wide range of industries. Essentially, the advantages afforded by reliability prediction analyses make it an important part of managing and maintaining reliability and quality objectives.

Reliability Predictions offer a set of equations to model the failure rates of a variety of electromechanical components that make up a product or system. These equations were built by analyzing a huge amount of data over a long period of time and then using statistical analysis to determine the equations which best modeled the failure characteristics of the accumulated data. The variables used in the equations vary based on component type, but include data such as device ratings, temperatures, operating parameters, and environmental conditions.

MIL-HDBK-217, or Military Handbook: Reliability Prediction of Electronic Equipment, was originally developed and published for use by the Department of Defense.  Over the years there have been many updates to the MIL-HDBK-217 document, which have resulted in the suffix designations in the document name: MIL-HDBK-217D and MIL-HDBK-217E Notice 1 for example. The latest release of MIL-HDBK-217 is MIL-HDBK-217F Notice 2.

There are two components of the MIL-HDBK-217 standard: the Part Stress section and the Parts Count section. The Part Stress section leads off the document and includes a number of equations that model the failure rate for a wide variety of electrical components. For example, the equation for Microcircuits, Gate/Logic Arrays and Microprocessors is:

The factors in the equation are various operating, rated, temperature, and environmental conditions of the device in the system. For this above equation, the following list describes the variables:

The equations, the variables, and the data parameters needed vary for all the different components modeled. The Part Stress section of MIL-HDBK-217 includes complete details on all the equations and how to assess the variables used in the equations.

The second section, Parts Count, is useful in early design stages when the design is still in progress and not all operating parameters are known. Parts Count predictions do not require as many data parameters for analysis compared to Part Stress predictions. Parts Count analyses can be used as an estimation technique, and, in general, are not as accurate as Part Stress analyses. By using Parts Count models, you can obtain early failure rate assessments and then refine them as your product design becomes more finalized.

For example, the equation shown above for Microcircuits, Gate/Logic Arrays and Microprocessors in Parts Count is:

where πg is a generic failure rate based on a subset of information; in this example it is based on device technology type, environment, and device complexity.

In many cases, Parts Count is used to start a Reliability Prediction analysis. Then, as the product design becomes more firm and data parameters are established, the Parts Count prediction is moved over to Part Stress, maintaining all the data already entered during the Parts Count assessment.

Initially, the Bellcore/Telcordia standard was developed for use in the telecommunications industry. Today, Telcordia is commonly used in the commercial sector, but its use over the years has become widespread and is now used throughout a broad range of industries, even those related to military and defense applications.

where λBB is the failure rate in failures per billion hours (failures/10e9 hours, or FITs)

The factors used in the equations are:

Additionally, the πE, which factors in the environmental condition, is factored into the overall failure rate calculation.

Once the device level black-box steady state failure rates are determined, the unit level and system level failure rates can be calculated.

Using the black-box steady state failure rates as a basis, the Telcordia standard includes additional methodologies for augmenting failure assessments by taking into account other data that may be available about the devices, units, or systems under analysis. This additional information is not required, but can be used if available to adjust failure rates to reflect actual product performance. Telcordia Reliability Predictions can:

Essentially, any real-world data available can be used to further refine the estimated failure rate values. It should be noted that any of this additional data is not required to perform a reliability prediction based on the Telcordia standard. It is up to the analyst to determine if any of this additional data is available and if it is helpful to include in the reliability prediction analysis. In some cases, Telcordia analyses are initially performed to obtain the black-box steady state failure rates, and then updated as laboratory, field, and burn-in data become available.

In summation, some of the unique features of Telcordia include:

The failure rate models of 217Plus have their roots in MIL-HDBK-217, but have enhancements to include the effects of operating profiles, cycling factors, and process grades on reliability.

The official 217Plus standard name is Handbook of 217Plus Reliability Prediction Models. An example equation for capacitors in 217Plus 2015 Notice 1 is:

where λp is the failure rate in failure per million calendar hours.

For the equation above, the following list describes the variables:

The equations, the variables, and the data parameters vary based on the specific device being modeled.

Once the device failure rates are evaluated, they are summed up to determine a base system failure rate. At this point, further analysis can be done at the system level if more data about the system is available, such as test or field data. By factoring in this information, the 217Plus analysis will provide a more accurate predicted failure rate estimation. At the system level, 217Plus can incorporate environmental stresses, operating profile factors, and process grades. If this data is not known, default values are used.

Additionally, there is a Part Count reliability prediction intended for use in early design when all data parameters are not yet finalized, and provides a simpler approach to prediction calculations. The Part Count section of 217Plus includes a number of tables for device failure rates that are based on the combination of the environment and operating profile of the system. In this case, a table lookup will provide the failure rates for your devices without the need for calculations.

ANSI/VITA 51.1 is not an independent prediction standard, but works in conjunction with the MIL-HDBK-217 standard. The part data and models for ANSI/VITA Part Stress and Parts Count models are the same as those from MIL-HDBK-217. However, when ANSI/VITA is employed, updates to the inputs to the equation models that reflect more recent designs are automatically factored in.

Developed by the Naval Surface Warfare Center (NSWC), the Handbook of Reliability Prediction Procedures for Mechanical Equipment details the reliability prediction procedures and models for a variety of mechanical equipment. There are several models defined in this prediction standard for a wide array of mechanical components including gears, springs, pumps, gaskets, and many more.

An example failure rate equation for gaskets and static seals per the NSWC-11 Mechanical standard is:

For the equation above, the C variables consider the effects of the following factors on the seal failure rate:

China’s GJB/z 299 Reliability Prediction standard has its roots in MIL-HDBK-217, and has been developed to align with the procedures and devices found in China.

China’s GJB/z 299 also includes an appendix for failure rate analysis for imported components, or those not manufactured in China. This enables the Chinese reliability prediction standard to be used across a broad range of products that include components manufactured across the globe.

An example equation from China’s GJB/z 299 for Bipolar Digital Circuits is:

Relyence takes the very detailed process of performing a reliability prediction analysis based on one of these standards and makes it easy, accurate, and efficient.

Relyence incorporates a host of features around the core equation modeling part of predictions to make your analysis more complete and effective. Some examples include:

Part 2 of this series dives deeper into these capabilities and details the advantages of Relyence Reliability Prediction.

At Relyence, our mission is to build not only the most capable tools, but also the most technologically advanced and well-crafted applications available. We rely on our expertise to build the tools reliability experts expect, and couple that with a design elegance and utility that makes our tool suite stand out.

Relyence offers a free fully functional trial of our complete tool suite – register for yours today! Feel free to contact us, or call today at 724-832-1900 to speak to us directly about your requirements or to schedule a free webinar. 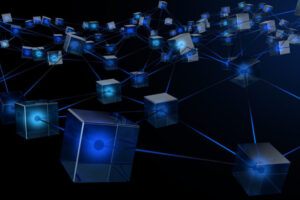 This article is an excerpt from our “A Deep Dive[...] 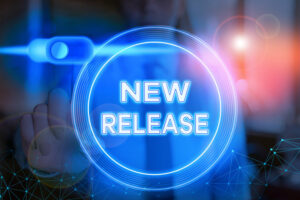 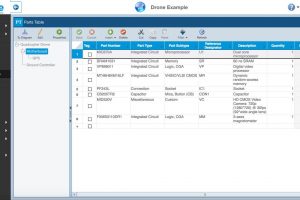