Those of us who call the city of Pittsburgh home appreciate the lack of attention our hometown draws. We enjoy the small-town feel along with all the advantages of a big city right at our doorstep.

While the Pittsburgh sports teams rank as one of the most well-known aspects of “Da ‘Burgh”, there are many charms of the city that are not so widely recognized. We’d like to introduce you to some of the things we find interesting and amazing about our city – some of which you may have heard of, some of which are likely new.

The City of Tech

One of the most interesting aspects of the City of Bridges (446 – count ‘em!) is its emergence as a tech hub. According to statistics from the Pittsburgh Technology Council, the annual payroll in the area’s technology companies is approximately $20 billion, or almost 35% of total wages for the region. About 23% of the Pittsburgh area workforce is employed in the technology sector, which amount to almost 300,000 people. Those numbers are clearly a sign of the emergence of Pittsburgh as a tech center. 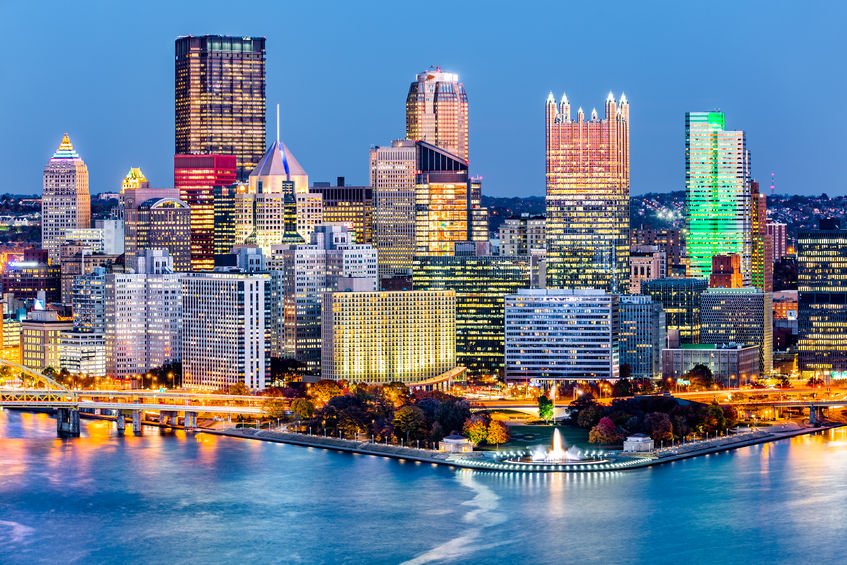 Pittsburgh is a city that has redefined itself as a high-tech hub.

With well-known tech companies such as Google and Uber with offices in Pittsburgh, it’s easy to see that Pittsburgh is attracting high tech talent. Google’s Pittsburgh office has the famous Google flair combined with some Pittsburgh style. Recently, Zoom announced the opening of a Pittsburgh-based office. Add Apple and Disney to the list, and you can understand how Inc. Magazine tagged Pittsburgh as the “best kept secret east of Silicon Valley.” According to LinkedIn, Pittsburgh also ranks 7th on the list of the top 15 cities to launch your career.

The Pittsburgh Technology Council’s state of the industry report provides an indication of the breadth of technology companies in the region, as well as insights into the continued growth of the tech sector.

Local universities are a significant part of the reason the top tech companies flock to Pittsburgh. The talent, research, and innovations seen originating from Pittsburgh’s colleges is widely acknowledged. 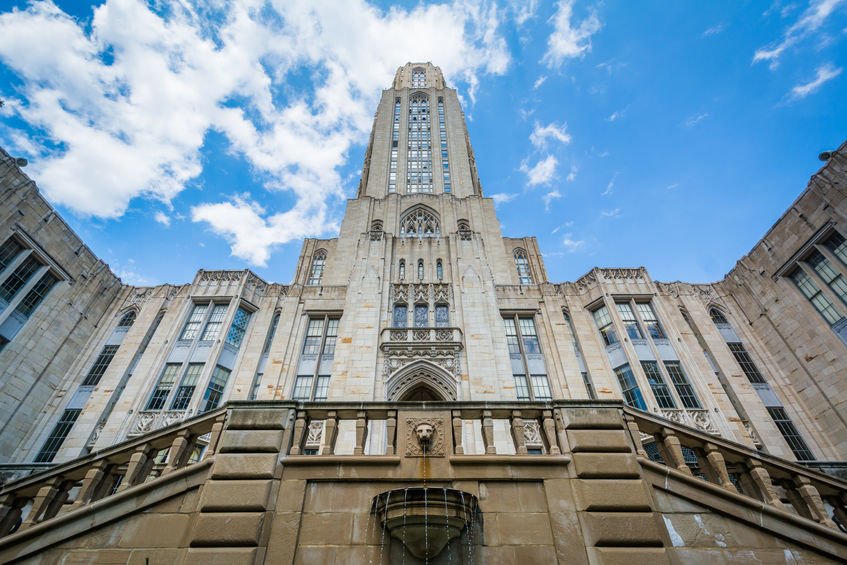 The Cathedral of Learning on the campus of the University of Pittsburgh.

Pittsburghers take pride in the fact that the city regularly appears on various “Most Livable City” lists.  Some of those lists even point to the “high tech sheen” of Pittsburgh today. Typically, the livability indexes look at factors such as economic stability, healthcare, culture, environment, education, and affordability. Pittsburgh shines in all these categories. Though Pittsburgh does not rank for a warm climate, locals tend to point to the love of four seasons of weather, and the beauty of the city and its local mountain surroundings.

Additionally, the growth of the tech sector in Pittsburgh has fueled the rise of some “cool” areas attracting the millennial generation and others looking for a diverse, affordable, and unique place to live. While Shadyside has long been a sought-after location, the rise of other Pittsburgh neighbors is notable. East Liberty and Lawrenceville rank as #1 in the 10 coolest neighborhoods in America.

Relyence is headquartered in Greensburg, PA, a southeastern suburb of Pittsburgh. We take advantage of the fact that we are a short drive to the Laurel Highlands as well as a short drive to downtown. We are lucky to have the benefit of all forms of adventure over all the seasons! Living in Greensburg means we can enjoy warm (but not too hot and humid!) summer days on a golf course, canoeing a river, kayaking rapids, biking, and hiking while also skiing, snowboarding, ice skating, and snowmobiling in the winter – all within a short distance from home. We are also a short drive to Frank Lloyd Wright’s famous Fallingwater, now a UNESCO World Heritage site. 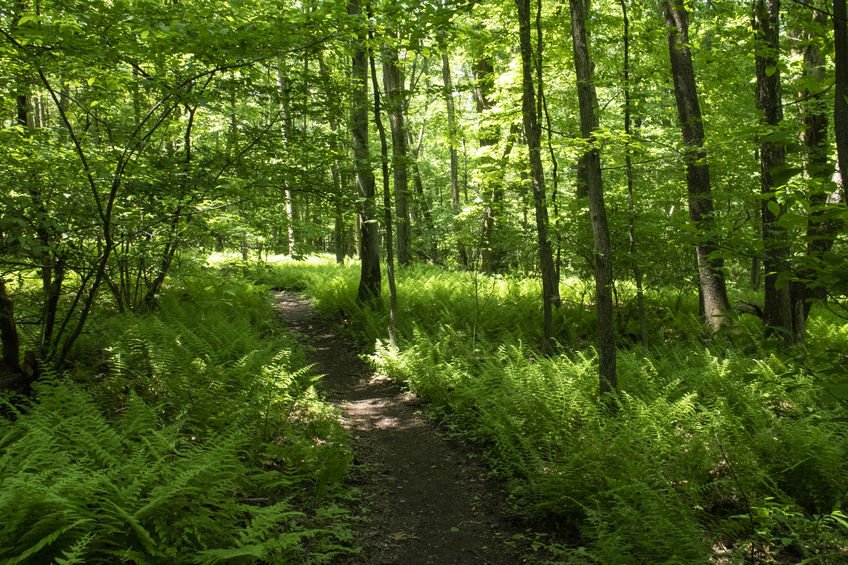 Pittsburgh is close to the Laurel Highlands, a year-round destination for outdoor adventure.

Greensburg is next to Latrobe, another Pittsburgh suburb which is famous for a number of reasons. In addition to the local brewery that has brewed Rolling Rock beer for decades, Latrobe claims two local heroes: Mr. Rogers and Arnold Palmer.

Fred Rogers was born in Latrobe and remains cherished worldwide. If you have not seen the movie “A Beautiful Day in the Neighborhood” where Tom Hanks takes on the role of Fred Rogers, us “locals” recommend it! St. Vincent College, located in Latrobe, is home to the Fred Rogers Center, dedicated to early learning and children’s media.

Arnold Palmer was also born in Latrobe and is equally cherished – beyond just the world of professional golf. Arnold Palmer was awarded both the Presidential Medal of Freedom and Congressional Gold Medal. Just a small example of why Arnold Palmer is so fondly remembered can be seen in the moving story his grandson told during Palmer’s memorial service. In it, he recalled phoning his grandfather and upon learning that Palmer was in the Oval Office at the time, asked him why he answered his phone. “I wanted to talk to you,” Palmer replied.

Previously mentioned St. Vincent’s College is also home to the Pittsburgh Steelers training camp every summer. The Steelers’ training camp is consistently regarded as one of best training camp experiences, as even Peter King appreciates.

And, importantly, Latrobe is the birthplace of the banana split!

Pittsburgh has a host of nicknames: City of Bridges, Steel City, and Iron City, to name a few. However, the official slogan, which may be one of its best kept secrets is Benigno Numine. Roughly translated from Latin, it means “by the favor of the heavens.”

Pittsburghers hold a deep love and pride for their city. There is a wealth of history and “firsts” attributed to Pittsburgh. A visit to the Heinz History Center, which is Smithsonian affiliated, offers a chance to learn about western Pennsylvania heritage. The Heinz History Center will also introduce you to Pittsburghese, our regional dialect! Some things that are commonly mentioned in regard to Pittsburgh: U.S. Steel, Andrew Carnegie, Mellon Bank, Westinghouse, Jonas Salk and the polio vaccine, Kennywood, and, of course, food: Heinz ketchup, the Clark candy bar, pierogies, and a Primanti Brothers sandwich.

Of course, a highlight reel about Pittsburgh would not be complete without talking about the local sports teams: the Pittsburgh Penguins ice hockey team, the Pittsburgh Steelers football team, and the Pittsburgh Pirates baseball team. The list of Pittsburgh sports legends is long and includes figures such as Roberto Clemente, Terry Bradshaw, and Mario Lemieux. For a recent tribute by long-time Pirate Andrew McCutchen, read his eloquent letter of gratitude to the city he called home for many seasons.

Pittsburgh is also home to a myriad of museums, art centers, and cultural events, such as the Carnegie Museum of Natural History, the National Aviary, the Phipps Conservatory, the arts and cultural district, as well as the famous inclines. On weekends, especially in the summer months, people flock downtown to a number of events, to hang out where the three rivers meet at The Point, and take in the views of the city, such as the breathtaking vista from Mt. Washington. 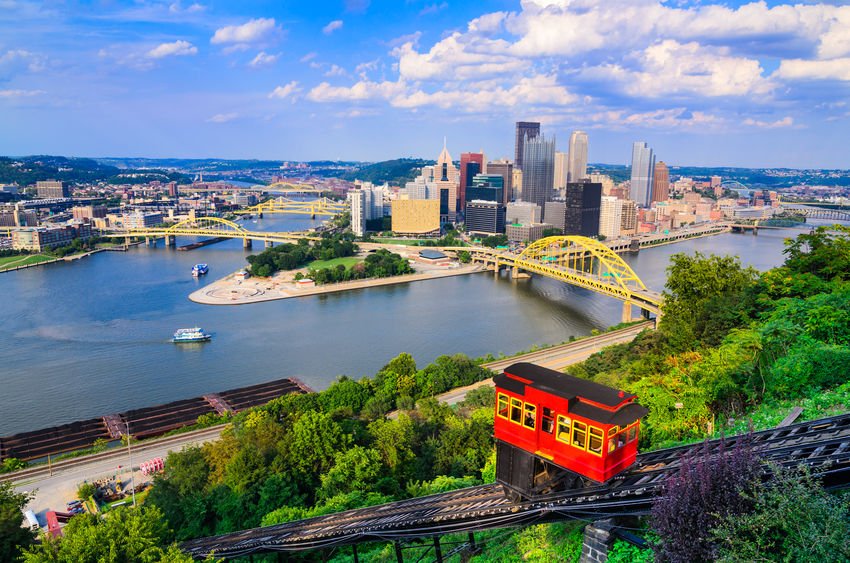 The famous Pittsburgh inclines are a means of transportation and also afford amazing city views.

Come for a Visit!

Some of us at Relyence have long family roots in Pittsburgh, and others now call it our adopted hometown. A short essay by a local writer sums up some of the reasons Pittsburgh has a strong pull even to those who move here – a combination of warmth, grit, resilience, and pride.

Though Pittsburgh is not a well-known travel destination, all of us at Relyence recommend a visit if you ever have the opportunity! We are sure you will appreciate the charms of our city and well as enjoy the friendly, welcoming attitude of the people. You’ll see why we are grateful to call Pittsburgh our hometown! 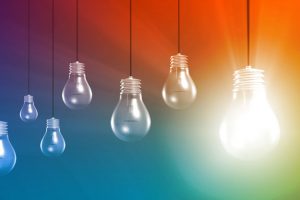 What is Relyence? Relyence is an integrated suite of software[...]